The garden I play in came with an established orchard—primarily apple trees. With little effort on our part, we always seem to end the growing season with far more boxes of apples than we need. After we’ve eaten our fill, I always store a box or two of whole, unblemished apples for eating out of hand. Then I make as much applesauce as my canning shelves can hold. By November, I’m salvaging the fruit in the remaining boxes to create apple butter.

Fruit butters capture all of the flavor of your chosen fruit. Often seen as finicky, they’re traditionally prone to burning and need endless stirring during their lengthy cooking time. I avoided them for years but then discovered a slow cooker variation. I fell for the hands-off, burnproof technique that let me dump a bunch of fruit into my Crock-Pot, leave it to cook for hours, and return to find a perfect blend ready for the canning kettle. 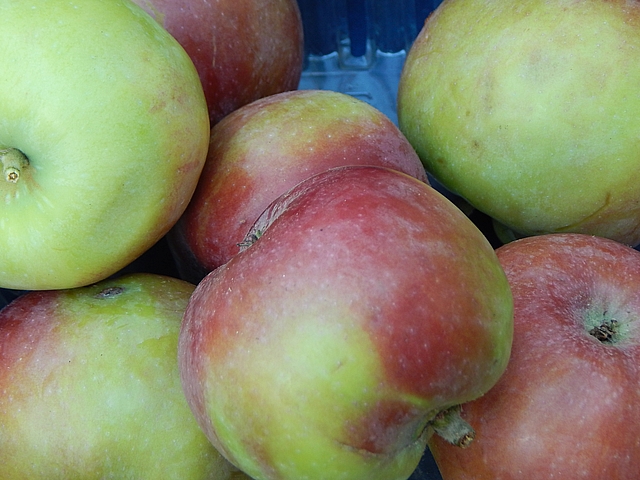 This basic recipe gives you the ratios that I’ve found to work best for a tasty fruit butter. For ingredient ideas, read the Tips & Tricks or check out the recipes for Tart Cherry Butter with Chai Spices and Slow Cooker Apple Butter.

Place the prepared fruit, such as apples (see below), and any collected juice in a 3-quart or larger slow cooker, filling it until there is at least 1 inch of exposed rim; set aside any excess fruit for another use. Cover the slow cooker with a lid, and cook on the highest setting for about 2 hours, until the fruit is soft.

Blend briefly with an immersion blender, add half of the sweetener, and then blend again to combine. Put all spices in an infusion bag and bury it in the fruit. Reduce the slow cooker heat to low or medium. Lay a couple of chopsticks across the top rim and put the lid on these supports, leaving a good gap for steam to escape. Let cook for 6–12 hours, until it reduces in volume by half.

Remove the spice bag. Add the remaining sweetener, adjusting it to taste. Let the mixture cook a couple of hours more to meld the flavors, stirring often. Blend the fruit butter again with an immersion blender, adding a little water if it is too thick or cooking longer if it is too thin. Stir in the lemon zest and juice.

The year my niece was born, I got a little excited: We turned 80 pounds of apples into applesauce, thinking that before the next harvest, she and my then-2-year-old nephew would power through the lot. I was wrong.

It soon became clear I would be responsible for emptying all of those jars. I love homemade applesauce, but even I was going to get burned out just dipping a spoon into jars. So I came up with many other uses for it. I sub it for oil in baked goods. I stir it into hot cereal on cold mornings. I dry it into fruit leather—a favorite kid treat. And I discovered it makes a fabulous shortcut to apple butter.

Instead coring, peeling, and chopping raw apples by hand, I simply poured the sauce into my Crock-Pot, set the heat to low, and waited for it to thicken and reduce. Now, if I’m canning enough applesauce that I pull out the Victorio food strainer, I set aside enough puree to make apple butter as well.

Fill a 3-quart or larger slow cooker with apple puree to within 1 inch of the rim; alternatively, peel, core, and coarsely chop the apples as you would for Any-Fruit Butter and cook on the highest setting for about 2 hours to soften the fruit.

Set the slow cooker full of apple puree or softened fruit on low to medium heat, cover it with a lid, and let it cook for about 30 minutes, until it is warm through. Add half of the honey, stirring until it melts into the warm apple puree. Combine the spices in an infusion bag, and bury it in the puree. Cover the slow cooker loosely as you would for Any-Fruit Butter and leave it cooking for 6–12 hours, until the contents reduce in volume by half.

Remove the spice bag. Add the remaining sweetener, adjusting it to taste. Let the mixture cook another hour or two, stirring often, until the flavors are balanced. If desired, blend the apple butter with an immersion blender until smooth, and then stir in the lemon zest and juice.

Like what you’ve learned? Twice as Tasty is offering holiday workshops designed to make your contributions to holiday meals and parties the talk of the night. To learn more, click here. 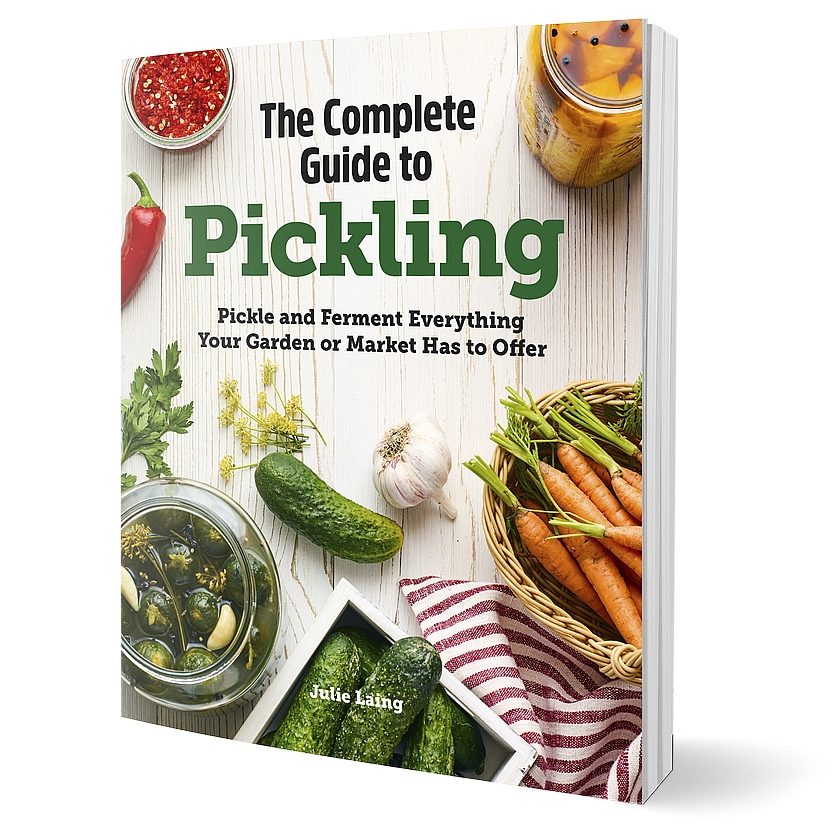 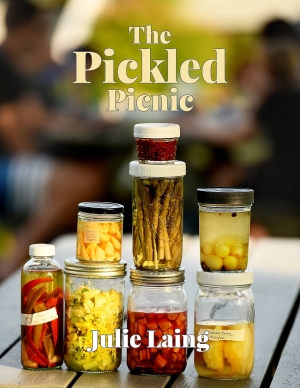 Ongoing: This Situation Calls for Pickles
I’m excited to announce that my first cookbook is on sale! The Complete Guide to Pickling is packed with essential information and 125 flavorful recipes, including mealtime pickles that are ready in minutes, refrigerator pickles ideal for single-jar batches, fermented pickles big on flavor and crunch, and processed pickles perfect for long-term storage. Order your signed copy today.