Onions have been an unexpected challenge to grow and to keep. They appear easy: just pop them in the ground, watch them grow, pull them out, let them dry a bit, and shove them in a box. But appearances can be deceiving. Onion growth is linked not just to temperature but also to daylength—two factors that run to extremes in northwest Montana. I spent years buying ubiquitous onion sets and harvesting tiny bulbs that bolted easily before realizing that they would never reach full size before days grew too short, temperatures became too cool, and the growing season ended. The solution? Buy transplants.

Suddenly, the onion crop was huge. But this presented another problem: how to store them. Onions are traditional dry-storage vegetables and can handle a range of temps, from just above freezing to 50°F. The main issue is humidity: unless they’re in a dry space with only 60%–70% humidity, they’ll quickly soften and rot. My little cabin with its unheated mudroom has few such spaces. I grill and freeze many of my onions, but on big years I’m still left with many pounds to try to keep through winter. Savory spreads, such as marmalade and relish, take a little more effort but store well.

Pull the papery skins from the onions, setting them aside; remove and compost the root ends. Using a mandoline or sharp knife, thinly slice the onions, setting aside enough of the thinnest to equal 1 cup. Zest the lemon, adding the zest to the pile of sliced onions. Chop the remaining onions, onion peels, lemon, and apples, retaining the apple peels, cores, and seeds, and add them into a wide, 6-quart or larger pot. Drop in the cinnamon sticks, pour in the water and vinegar, and bring the mixture to a boil over high heat. Lower the heat to medium high, and cover loosely. Cook for about 30 minutes, until the apples break down and their peels separate from the pulp. Stir as needed to prevent burning.

Strain the juice as you would for Sweet Pepper Jelly: Set a fine-mesh or cheesecloth-lined colander over a large bowl, pour in the hot mixture, and let the juice drain for at least 30 minutes; stir occasionally, but don’t press down on the pulp. Set the colander on a plate and measure out the juice; you should have about 6 cups. If you come up short, return the colander to the bowl, stir in some hot water, and let the solids drain until you have the desired amount of liquid.

Clean the pot and add the juice and sugar; stir in the onion slices and lemon zest. Bring to a boil over high heat and cook, stirring often, for about 15 minutes, or until the marmalade sets when you test it. 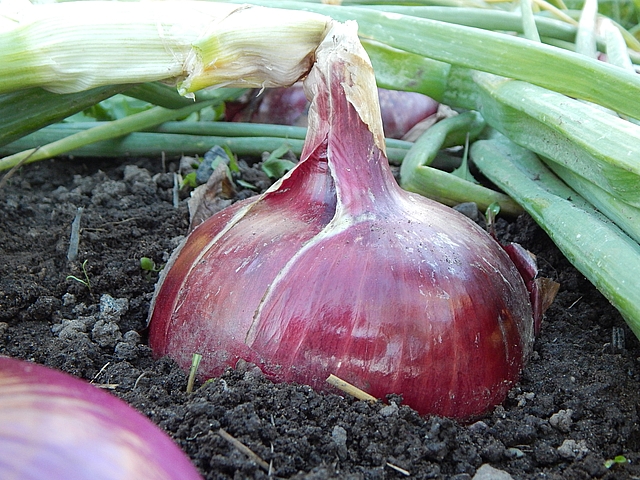 Relish seems synonymous with hotdogs, hamburgers, and other meats, so it may surprise you to find it in my pantry. But this versatile spread is a cousin to chutney and often includes enough sugar to make it a distant relative of savory jams. If you’re trying to foster a love of pickles in family members, relishes can be a good place to start. Those who argue they don’t like relish have probably only ever eaten sugary cucumber relish and have no idea of the other flavors the condiment can hold.

Relish truly is a condiment, unlike pickles that can be laid on sandwiches or popped unadorned into your mouth. But that just expands its uses. Of course, it’s delicious spread on sandwiches or Black Bean Veggie Burgers and served on a party platter with freshly made cheeses and pita. But it’s also tasty alongside Sourdough Empanadas, mixed with Fresh Yogurt as a dip, and pureed and thinned with a little water to use as a glaze or dipping sauce for skewers of Pan-Fried Tofu or as a salad dressing for Basic Potato Salad.

Peel the onions, reserving the skins for Apple–Red Onion Marmalade. Cut off the onion root ends and deseed the peppers, and then grill the onions and peppers. Let the vegetables cool enough to handle, and then dice; set aside. Combine all remaining ingredients in a large pot, and bring to a boil. Add the onion and pepper, return to a boil, and simmer for 30–40 minutes, until the onions are translucent but still have a firm texture. Remove from the heat.

Ladle into hot half-pint jars, leaving 1/4-inch headspace and trying to distribute the solids and any liquid evenly among the jars. Process in a boiling water bath for 10 minutes, plus your altitude adjustment. Makes about 7 half-pint jars.

Like what you’ve learned? To learn more in a Twice as Tasty workshop—in your own kitchen, among friends, and with my personal help—click here. If you’re not yet a Twice as Tasty subscriber, get this newsletter and weekly post notifications delivered straight to your inbox by clicking here.

These tools and supplies may help you make the recipes in this post:

This post may contain affiliate links that help support this site. For more information, see the disclosure policy. Thank you for supporting Twice as Tasty.